Shakespeare’s Seven Stages of a Man

Men are not all the same. I see it as a pastor, as a brother, and as a dad. What motivates one man puts another to sleep. What one man would give his life to protect another wouldn’t lift his hand to defend. But it also feels naive to suggest there is then no such thing as masculinity. As if every man was a species unto himself. Get a group of men together and even amongst their differences, you’ll find common experiences, struggles, and temptations. These commonalities are not superficial. They are much deeper than hobbies or interests.

Over the past decades, the church has struggled to keep men engaged in faith.

It has long been documented that men are participating less in church and the Christian religion. According to the Pew Research Center, in the United States, women are 8% more likely to attend a weekly religious service, 10% more likely to practice daily prayer, and 13% more likely to acknowledge the importance of religion in their lives.

As the opinion columnist, Ross Douthat expressed in the New York Times: “Today, most Christian churches and denominations in America—conservative as well as liberal, male-led and female-led both—have some sort of gender gap, sometimes modest but often stark. Despite their varying theologies, evangelicalism, mainline Protestantism, Mormonism, and Catholicism all have about a 55-45 female-male split in religious identification; for black churches, it’s 60-40.”

Churches have resorted to every imaginable gimmick to attract and keep the interest of men, a brand of church marketing I like to call beard and bacon men’s ministry. This emphasis on marketing to men has presented an external form of Christian manhood that often struggles to connect with the deeper challenges men face and are just as often reluctant to discuss. Too often, the very means used to gain attention keep men from the real work of maturing beyond their interests. Men begin to think that manhood has everything to do with the external and very little to do with what’s inside.

Men are left to navigate two opposing narratives, both fixated on these external images of masculinity. Half of our culture tells men they need to abandon all things masculine while the other half calls for pure indulgence. Men are to either abandon common masculine ideas or stake their whole identity on them. I realize these are both generalizations, but too many men feel stuck no longer possessing the skills or interest in moving beyond these surface-level conversations about who men should be.

All the world’s a stage,
And all the men and women merely players,
They have their exits and entrances,
And one man in his time plays many parts,
His acts being seven ages. At first the infant,
Mewling and puking in the nurse’s arms.
Then, the whining schoolboy with his satchel
And shining morning face, creeping like snail
Unwillingly to school. And then the lover,
Sighing like furnace, with a woeful ballad
Made to his mistress’ eyebrow. Then a soldier,
Full of strange oaths, and bearded like the pard,
Jealous in honour, sudden, and quick in quarrel,
Seeking the bubble reputation
Even in the cannon’s mouth. And then the justice
In fair round belly, with good capon lin’d,
With eyes severe, and beard of formal cut,
Full of wise saws, and modern instances,
And so he plays his part. The sixth age shifts
Into the lean and slipper’d pantaloon,
With spectacles on nose, and pouch on side,
His youthful hose well sav’d, a world too wide,
For his shrunk shank, and his big manly voice,
Turning again towards childish treble, pipes
And whistles in his sound. Last scene of all,
That ends this strange eventful history,
Is second childishness and mere oblivion,
Sans teeth, sans eyes, sans taste, sans everything.
—Shakspeare (As You Like It)

Shakespeare may use language and images from the 17th Century, but the impulses and desires of the men he describes are just as present in men today.

Shakespeare describes the brith of a man, crying and puking in a nurses arms, as he does the moments before death. We go as we came. This is what Shakespeare described as the “second childishness.” He meant to capture a kind of ironic circularity to life. This image of birth and death are more like bookend realities than stages or instincts.

The second stage is the boy, dressed for school but dragging his feet, whining, and reluctant to take on the responsibility of learning the ways of the world. He is not just young by age, but by his immaturity and his unwillingness to grow up. His jokes and antics are cover for contempt. He is quick to complain, convinced the world is unfair, and desperate to avoid the burden of knowing. Instead, he lives by what he feels. His sarcasm is an instinct that leaves him vulnerable to his own ignorance.

In the third of the stages, Shakespeare described man as a lover. He is driven by passion and idealism. His is the world of romance and quests. His instinct is to go, to travel off onto the horizon in search of his true identity, heroic exploit, and love. Shakespeare likened him to a sighing furnace, burning within and thwarted without. His instinct is for the pursuit of adventure.

The fourth stage is the soldier’s. His instinct is for oaths and honor. His vision of sacred purpose carries him onto battlefields and into the world’s pressing conflicts. He believes he is capable of righting wrong. He is quick to quarrel and quick to make demands, always with an opinion and passionate belief. Believing he is destined for something great; he is prone to visions which cast his sight constantly into the future. His instinct is the pursuit of his ambition.

Stage 5: So He Plays His Part (Reputation)

By stage five, man has found enough success and money to become interested in his reputation and comfort. Shakespeare even recognized that by this stage, he had usually begun to put on some extra weight—I’m not pointing any fingers. He learns to dress and properly cut his beard, now conforming to the expectations of society. He becomes who he is expected to be and determined to protect his hard-earned respectability. His instinct is to guard his reputation.

Stage 6: A World Too Wide (Apathy)

By stage six, he has grown tired of all this work and complexity. The “world is too wide,” as Shakespeare put it. With age, his voice has begun to fade; it is symbolic of his engagement with the world. His vision is dulled. He is most comfortable in his slippers and recliner. He doesn’t venture out as much as he used to. Content with his hobbies and luxuries, he knocks around the house. The world is complex, and by his experience, the recognition of inadequacy and mortality cannot be ignored. His instinct is to protect his autonomy and to disengage from what he cannot control. His highest purpose is to be left alone. His instinct is for apathy.

A Tool for Moving the Conversation Deeper

Shakespeare saw these instincts as stages, but I’m not convinced they are always sequential. Sure, you can recognize characteristics of age with each, but we all know young men who have been poisoned by disillusionment and apathy and we all know middle-aged men desperate for another adventure.

What Shakespeare’s stage offer is a way of evaluating our own lives. He offers a grid for helping us explore what motivates our behavior and interests. What are the instincts driving me? How do my instincts conflict with my faith? How might these instincts work for good or destruction, drawing me toward or away from Christ? They are a tool for moving the conversation about true manhood and self-improvement to a deeper level.

I have chosen to write about these five instincts so that others might recognize them, but also so that you might learn the skills and gain the perspective for recognizing your own instincts, be it these or some other list all together. What matters is that you learn to pay closer attention to your life and closer attention to how the gospel offers you a way of maturing your instincts into something better.

That is the path toward true manhood. That’s what we should all be doing with masculinity.

Get Updates on New Articles

I know, no one wants more emails. I promise, no spam and you can cancel at any time. I’m excited to share more about The 5 Masculine Instincts with you. If you ever have questions, please feel free to send me a message. 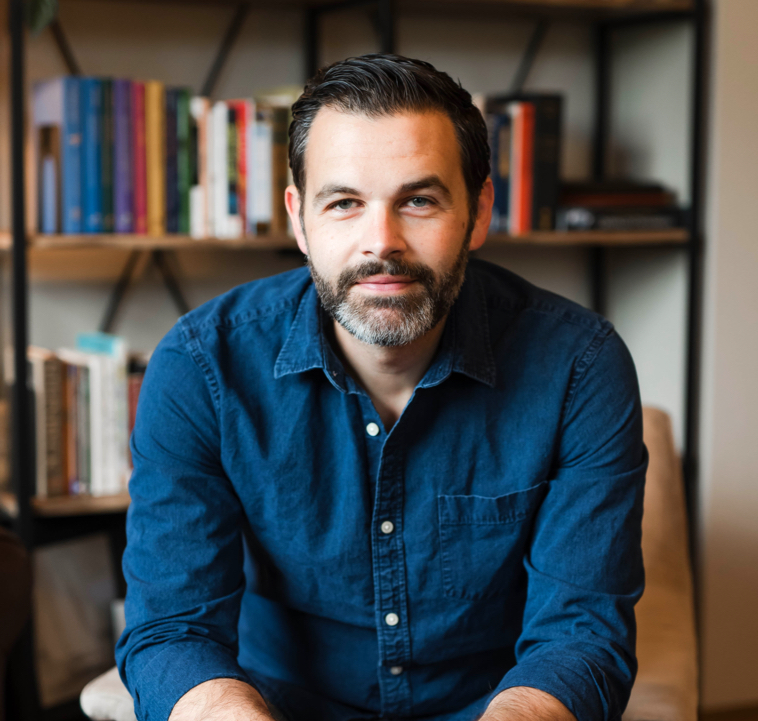 Chase is the pastor of Bent Oak Church in Springfield, MO and hosts the Pastor Writer Podcast. A native of the Ozark woods, he enjoys being outdoors with his wife and two kids: sailing, playing the mandolin (badly), and quail hunting with his bird dog Millie. 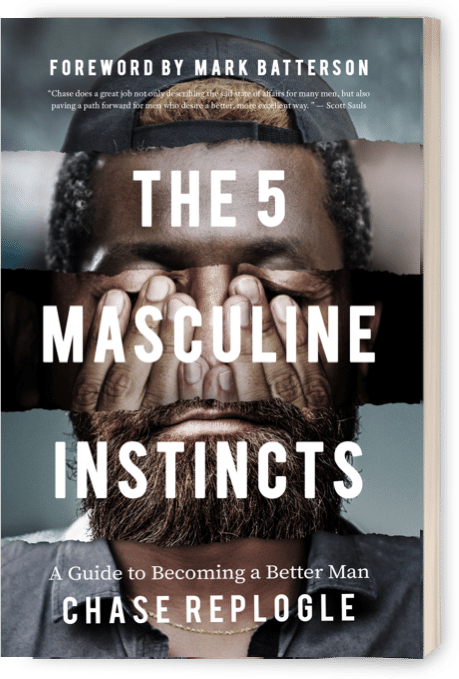 Don’t trust your instincts—there's a better way to become a better man.

A guide to better understanding your instincts

Through this book you’ll discover your own instincts are neither curse nor virtue. They are the experiences by which you develop a new and better instinct—an instinct of faith. Through exploring sarcasm, adventure, ambition, reputation, and apathy, The 5 Masculine Instincts shows you how to better understand yourself and how your own instincts can be matured into something better. This is the path by which we become better men.

More About the Book 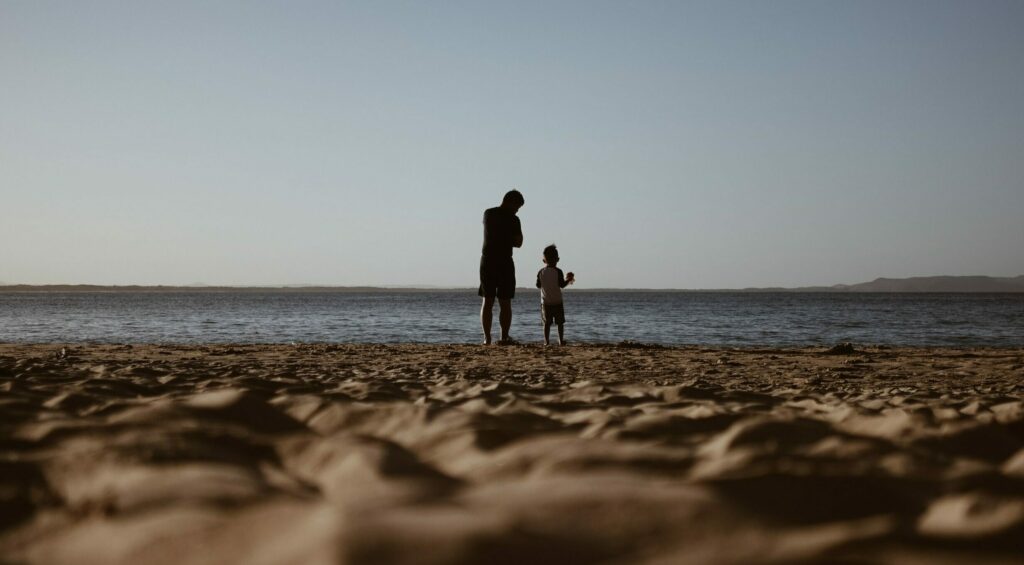 The Responsibility of Fatherhood: How Fatherhood Begins With Just Showing Up

I believe it is a truth that a mother is made over a matter of months, but you always become a father in a single moment. I remember that moment… 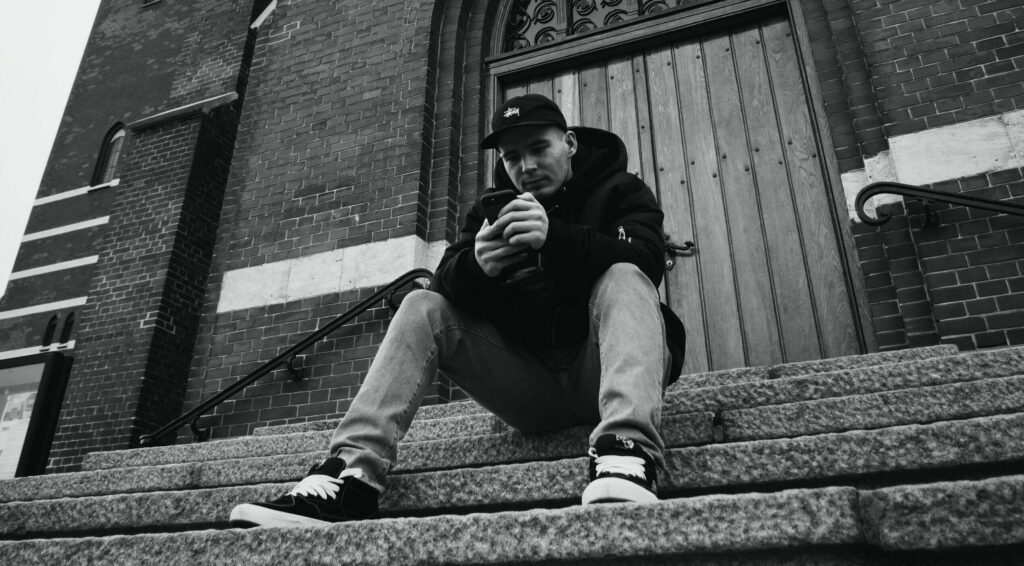 What the Church Gets Wrong About Men Today: Moving Beyond Beards, Bacon, and Blowing Things Up

Every semester, my Bible College held a separate men’s and women’s chapel, and every year we talked about the same things. My roommate would customarily joke, “Boys, today’s the day… 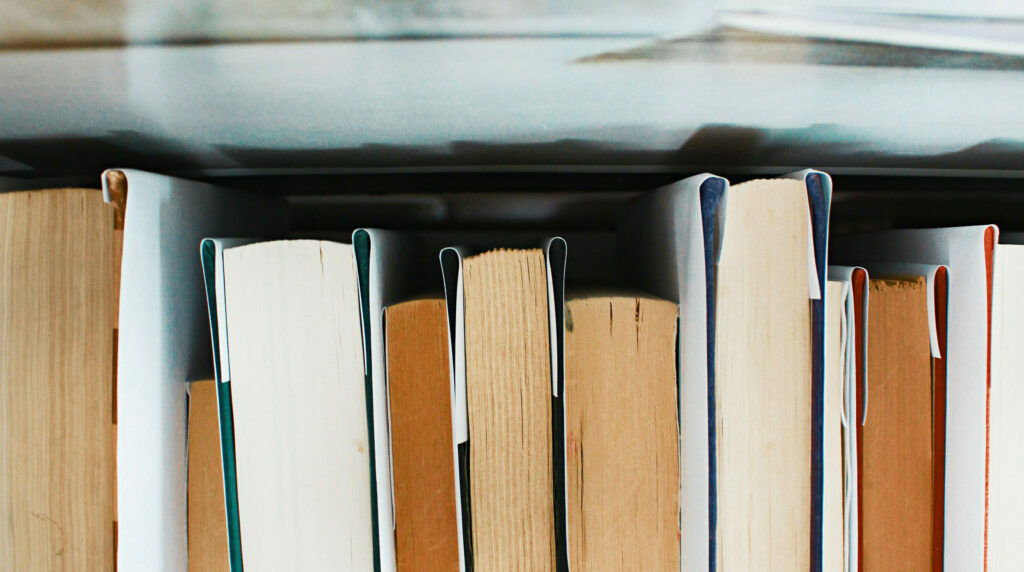 The Books and Authors That Most Influenced The 5 Masculine Instincts:

The 5 Masculine Instincts is full of the books that have impacted me over the last decade of reading. I’ve gathered up a list of some of the books and…